How to Start a Business Even if You Don't Have Money

How to start a business in 2020; In the middle of the year 2007 I went to visit my only brother, he’s older than me by over a decade. He treated me like his child, little did I know that the good days of our relationship was about to end and his television was the reason for it.

What happened was on the Wednesday afternoon after my brother had gone to work I was watching a TV show anchored by Funmi Iyada a Nigerian Talk Show Host where a guy was invited to talk about entrepreneurship.

I can’t remember anything special this guy talks about that got me crazy but I remember it was that day I decided I was going to build my own company or Die Trying to develop it.

I left my brother’s house without telling him about my a new found religion and I started preparing like crazy for the new world where nothing is guaranteed.

I read every book I can find about entrepreneurship. also determined that I was going to start a business immediately after I left school.

About a year after this day I finished the last exam for the diploma program I was doing in a Nigerian Polytechnic.

Since diplomas were never considered education in my country everyone expected that my next decision was going to be to go to university or do some Higher National Diploma, I instead announced to my family members that I’m not only going to say no to the classroom for ever but I also wouldn’t even collect the certificate for my degree.

Who doesn’t like his child to take after him?

Ok enough of the boring Story

How can You Start a Business this Year?

Well the answer is straight forward,

if you want to be a better writer write everyday

Nobody wants such advice we all want magical information that can help us do all kinds of stuff but the only way to be a master in any field is by doing.

Well, I hate to be a carrier of bad news but here is some.

the perfect time only come in your mind. You’re never going to get to that point when everything seems to be right to do anything that’s the reason why Nike said

If today anyone asks me how can anyone become a great entrepreneur the answer will be start a business.

While I recommend reading and learning a lot, I’ve seen people who read a lot about business but don’t know much about entrepreneurship simply because they do nothing about what they read.

Think about driving, you might buy 10 books about how to drive and read all of them, do you think you’ll know how to drive after reading those books?

Yes, the books may help you to understand some traffic laws and some technicalities of driving but again you will never be able to drive a car until you drive a car, make mistakes, and fail.

Read Also: How to Open a PayPal Account in Nigeria that Sends and Receives Money

How can anyone succeed in business?

The real obstacle to Start a business

I’ve heard so many people complaining about all sorts of things.

Sometimes, that the reason why they can’t start a business is that they don’t have money to start, some believe that the economy is not favorable, some erroneously believe that all opportunities are taken and none of these are an obstacle

The real obstacle is fear…

Think about jealousy or envy for instance. If anyone is jealous of you the person will never say that

Instead he will reveal that jealousy with some anger by looking for what you say or do to cover up their jealousy.

The society accepts that it’s fine to be angry with people but we don’t take that it’s nice to be envious of them and that’s why people use anger to cover envy. The same thing with fear we feel it and know it but we don’t confess it because our Society doesn’t accept it as usual

Instead of acknowledging our concerns we look for excuses to cover the Mark.

You must be honest with yourself if you genuinely want to see seed as an entrepreneur and that honesty start by confessing that your fear is a reason why you don’t pursue your dreams.

So, how do you overcome the fear of failure which keeps people from starting a business

The answer again is too simple to be taken seriously

The only way to overcome the fear of cold water when you’re in the bathroom is by going under the shower and let the water come over you.

Don’t look far into the future

Another reason why most people won’t ever start their own business is that they’re trying to look at a thousand miles away.

Starting a business is like driving at night, you can only see a few feet away yet you have to keep on driving believing that all the dots will connect somehow as you move.

Sometimes we meet some roadblocks and that’s fine because we have the power to move on after some Falls.

The best way to become a successful writer is to write

Thank you so much for reading. Check the links below if you want to start a profitable online business.

My #1 Recommendation to Starting Your Own Business Today 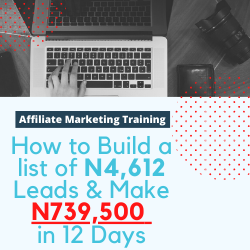 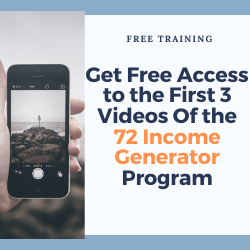 How to Create a Blog